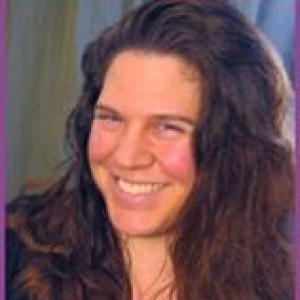 This graphic is a tool I created that one can use to evaluate one’s unique experience of trauma. It contains a list of different spectrums of experience one can use to reflect on where their own experiences may fall and how this very personal combination of factors could have contributed to or reduced trauma related symptoms. Also, as one looks it over one may ponder what outcomes may have changed if various variables had happened differently.

This graphic is an updated version from an earlier article. The article is here: Concept for a Tool for Measuring Trauma and The Likelihood for Developing PTSD. I made some improvements to it, mainly focusing on adding a number of new variables to the Context (was Support) part of the graphic.

I realized that on many of the variables, the scale by which they are measured does not go from 0 to 100, but rather goes in two directions. For example, a family member could help you out in many different ways – giving emotional support, a place to stay, bringing meals when you are very ill or in rehab, etc. All that help goes in the negative direction (0 to -100) taking away from the PTSD symptoms that might develop. Alternatively, the family member could do nothing, having no effect either way (0). Or they could harm – perhaps by abuse, ridicule, ostracism from the family, or just by making remarks like, “That never happened,” or “What a drama queen.” This would fall on the positive number scale (0 to 100) because it potentially adds to PTSD symptoms. I had to adjust the scale in this way for all the variables that have the potential to HELP or HARM, not just HARM.

Each line in this graphic is basically a spectrum of experience. Note that I gave the “Validation” spectrum 3 lines of its very own – Validation-  SOCIAL, Validation – MEDIA and Validation – FAMILY.

The reason I isolated validation is because I remember reading about how disenfranchisement of some aspect of a loss can really powerfully affect the grieving process. The book Grief Counseling and Grief Therapy by J. William Worden explains that disenfranchised grief is associated with losses that are “not socially sanctioned.” These types of losses have some kind of social stigma associated with them and are kept more or less invisible by society at large; the book refers to them as socially negated and socially unspeakable losses.

I am theorizing that this concept could be applicable to trauma experiences as well. Traumas that are not socially sanctioned could potentially complicate the symptoms of PTSD. For example, a trauma that occurs from a sexually “deviant” act could be something one would want to hide from others. A trauma that is the result of a very rare kind of mishap that most people could not imagine happening in reality and therefore don’t believe really occurred could be considered disenfranchised as well. Anything that is outside of conventional thought and the status quo could be met with disbelief, prejudice, ridicule and judgement.

Traumas that are very difficult to speak of due to embarrassment or fear of not being believed could cause difficulties with symptoms. For example, people may be less likely to try to get help, and may keep all of what they are going through a secret from friends and family members. In addition, being rejected by those one goes to for help could cause emotional pain and shame.

One example of a traumatic experience in which disenfranchisement played a role is the Steubenville High School rape. In this case there were adults, such as the football coach, who tried to bury and minimize the trauma to maintain the integrity and reputation of the football team. This level of social pressure to be quiet and vanish from sight may impact the trauma symptoms of the victim. At the same time, when the case went to trial, the trauma experienced by the young men regarding having their reputations and lives destroyed was negated, because of the social stigma of being “a rapist.” The simple, direct focus on the trauma experienced by each person, without any judgements or labels, was lost in the legal frenzy. This illustrates the power of receiving either validation, compassion and understanding versus stigma, disenfranchisement, ridicule and judgement from society, media, and family.