Trauma Symptoms Are Not Victims’ Fault 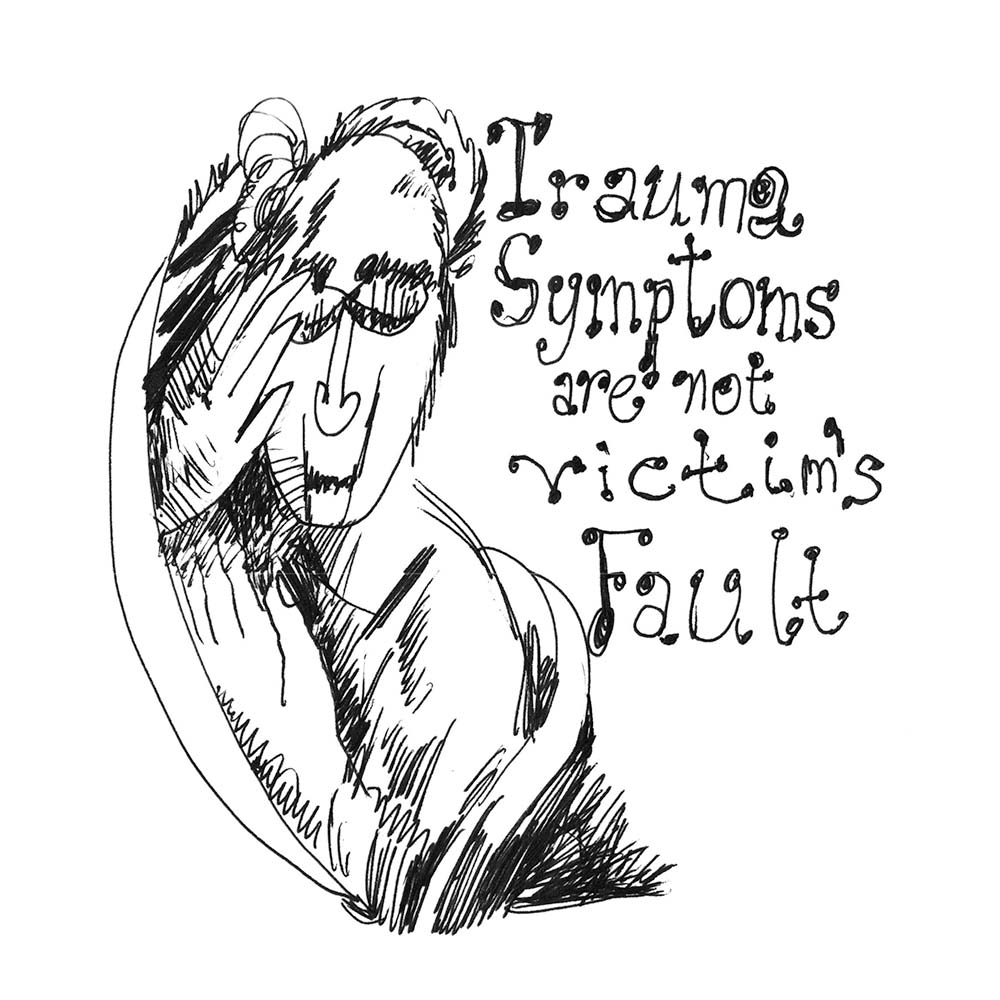 Ongoing Trauma Symptoms Are Technically Not The Trauma Survivor’s Fault

Our Attitude and Learning Process around Handling our Triggers, our Physiological Reactions, are Within our Control but the Fact that We Get Triggered is the Perpetrator’s Fault.

There are patterns in the way human physiology responds to trauma. Research suggests the nervous system was created with in-built mechanisms that get activated in response to trauma. Physiological reactions to triggers, even years after the events, are nervous system reactions just like any other biological reaction to the environment, such as shivering in the cold or sweating in the heat. We as human beings can train ourselves to respond and handle these symptoms in a huge number of creative and intelligent ways, and we can train ourselves how to think about our physiological reactions (our cognition).

The survivor’s way of responding to moments in which their body gets triggered into hyper or hypo-arousal becomes more and more under their control as they learn to work with their own body. And they can also begin to reframe their perceptions of danger using the higher mind – rational thinking – and begin to perceive safety, even if they lived with danger for many years.

So the degree of dedication a trauma survivor has to learning how to respond to their own fight-flight when it gets set off is their responsibility and within their control. But the fact that it gets set off is not their fault; it is technically the fault of the person or people who traumatized them.

Sometimes, even if they have a high degree of dedication and have tools to handle triggers, there are so many triggers going off around them at the same time that it exceeds their current capacity (which fluctuates based on various factors). In this case, it’s not “their fault” per se that they are having a meltdown. The original traumatic event is still the root cause of the physiological responses.

Part of being triggered is losing the capacity for organizing oneself to address more triggers that come along. So it’s very difficult to stay internally organized if there is either one constant trigger that is always in the environment, or multiple triggers that are happening all at once. There isn’t enough space away from triggers to regain internal organization to figure out how to handle things, so it’s inevitable that things will get more chaotic internally and the capacity to cope will continuously go down.

That’s why it’s important, if a trauma survivor says something is triggering them so much that they are suicidal, to get them away from what is triggering them. And also to make sure they have a place to go away from anything actually harming and traumatizing them now. Because the downward spirals of the nervous system reactions of fight flight and freeze are real. The triggers are real. And the actual harm they endure is real as well.

The Responsibility for Not Harming Others

I actually think it’s almost inevitable there will be harm done to others when triggered in the beginning, be it through abandonment, reactivity, outbursts, misunderstandings. I think that it is a trauma survivors’ responsibility though to try their best to learn the skills and self-restraint as soon as humanly possible so as not to harm others when triggered.

There are creative ways to channel and direct all the rage, frustration, stress, fear, etc. into actions that don’t end up causing another harm. It’s taking that extra step and getting help, or counting to 10, or pounding pillows on the bed, or taking a walk – over time it’s possible to learn to be responsible for these self-interventions.

The fact that we are triggered is due to the physiological ramifications of the perpetrator, but how we direct all that energy is our decision – we need to at least try to deflect it away from harming others to the best of our ability, even though this is very hard to do sometimes.

The fact that we are triggered is due to the physiological ramifications of the perpetrator, but how we direct all that energy is our decision