Note that the reason there are plus and minus signs throughout this article is I am tallying all the pluses and minuses of The Work in these 3 articles for the 4th article that compiles everything into one list.

1. Finding Core Rather than Surface Beliefs is Probably More Effective. (-)

I point out that it is helpful to find the core belief to work on, rather than the surface beliefs. For example, if I state “Life sucks with no money,” doing the work on this may be mildly helpful or only confusing. If I go deeper into the core belief, “I am important only if I have money,” doing The Work on this belief is possibly more impactful.

2. Understanding the Big Picture Rather than Only Working with Thoughts. (-)

I point out that a core belief connects to an overall project of building something in one’s personality. In the above case of having issues around one’s importance, this project is one of building self-esteem. This project could involve much more than the mind, it could involve resolving energetic problems in the third chakra, deconstructing false programming, addressing the family system (as in Family Constellations), and taking apart defensive ego structures, among others. Byron Katie could be directing people away from other solutions that they should be considering.

3. The Work Should Clarify That The Goal of The Turn-around is to Overcome Duality (-)

I pointed out that If your statement is “Life sucks without money,” and you turn it around to, “Life is wonderful without money,” you may notice that this is not technically 100% true. Most of us would be more capable of creating what we think of as a wonderful life with money than without, so that means the statement, “Life is wonderful without money” is in most cases false. But when you go in and find the main duality in operation (the one running the show from behind the curtains) – I am good with money and bad without money – it makes it clear that doing the turn-around is about changing this operational duality. The reason to do the turnaround is to stretch one’s mind, to become more flexible in one’s thinking and beliefs, and to ultimately overcome the duality, not to believe that the statement is literally true. Having this goal in mind makes doing the turn-around make more sense.

I took a long break from The Work, but continued exploring it in 2008:

4. The Work is A Great Tool for Mental Flexibility (+) and

In 2008 I wrote, “I would call The work of Byron Katie a mega-challenge for the development of mental flexibility….It is helping me understand that even the deepest grief can be helped significantly if one can become more flexible with their perspective on themselves.”

And in January 2009 I wrote, “The Work of Byron Katie and REBT have the capacity to increase rational thinking and decrease emotionality and therefore decrease external energetic interferences that hinge on emotional states (anger, sorrow, etc.), and lead to more serenity and balance. ”

April of 2010 I had 2 more positive insights about the Work (really these were about both REBT and The Work as I did not differentiate yet between them):

6. REBT and The Work are about Empowerment. (+)

We can be beaten down by our harmful, limiting and irrational beliefs. Doing inquiry shifts the power into our hands, so we discover we can “beat the question to death,” rather than it beating us to death.

7. REBT and The Work can help point the way to An Experience of Having. (+)

Also someone else pointed out to me that – if you keep asking the question it’s actually an arrow pointing to what you are longing to experience. Rather than wallowing in how it feels NOT to have that experience, one can find a way to give oneself this experience directly, through using the imagination. Since our brain thinks what we imagine is real, this is actually a technique to shift oneself into a different mental and emotional habit – one of having rather than not having.

But In 2010 I was also Becoming More Concerned about Shortcomings

8. Concerned with the Invalidation of Traumatized Individuals.

I began to think about the danger of invalidation as it related to people who have experienced trauma. I wrote, “The Work of Byron Katie is useful for some things but will mess up people’s minds by telling them their truth is false. Actually people who are traumatized need the opposite; they need to know their truth. It’s a kind of abuse to tell someone what is true for them is false.” (This is discussed in length in the article about The Work and PTSD)

Concerns around The Work Having Cult-like Characteristics. I would not characterize The Work as a cult, but there are some issues that seemed cult-like to me. This means that those vulnerable may experience it like a cult.

– Turning a basic cognitive therapy exercise into a spiritual path adds glamour to it and might obfuscate the truth.

– It seems that Katie creates a persona, format and context that mimics in certain ways the glamour around gurus from India, rather than creating the persona of a scientist interested in researching the world. The ego or persona of a scientific researcher would be more honest, clear, neutral and modern / current.

– people who follow leaders sometimes develop “guruitis” a pathology characterized by externalizing power into the hands of a leader, not being able to question the leader, paying exorbitant amounts of money to the leader, wanting to be controlled by the leader, doing things that may harm physical health because of the guru etc. While this may not be Byron Katie’s fault, she could choose to actively prevent guruitis from forming in people around her by cutting it down and eliminating it anytime she senses it in anyone.

To see if there are any cult characteristics, I used a cult checklist and found 6 of 15 that could be applicable, so it is not technically “a cult” but appears to have some of the characteristics of a cult, I would say maybe 10% cult during small events and possibly up to 35% cult during the large events. I chose these as possibly applicable:

11. The group displays unquestioning commitment to its leader. (-)

This seems to be true for a percentage of people in the group, probably like 80% I would guess (?). When one attends an event usually there is an overall thought-form of acceptance and even adulation or reverence for The Work.

12. Questioning, doubt, and dissent are discouraged. (-)

There are some comments online to the effect that this has happened at the longer $5000 workshops, when people question The Work itself it doesn’t really go over that well. One example: “Someone I know who was recently at the “Certification” workshop told me that one of the workshop participants did a “worksheet”, that’s one of tools of The Work, on Katie asking her to stop talking about all the money that the TurnAround Houses will be making.” ( link to article )

This doesn’t happen at the smaller events and talks, but 3 days of fasting done at the longer workshops is definitely mind altering and potentially harmful. It can produce extreme physical weakness, emotional melt-downs, and changes in thinking processes, and is definitely not healthy for everyone. Also an exhausting schedule can create mind alterations.

14. The leader is not accountable to any authorities (-)

Byron Katie is the last stop.

The group teaches or implies that its supposedly exalted ends justify whatever means it deems necessary. Not as bad as other groups but this applies to the extreme aspects of the longer workshops – fasting, extreme schedule, and probably others I do not know about.

16. The group is preoccupied with making money. (-)

This is the case, otherwise why the unreasonable price tag? (The nine-day course goes for $5,110 (tuition is $3,545 and accommodations are $1,565) figures from this article.

This completes the gathering of information about The Work. Now on to Article 4, for the compilation of the pluses and minuses into one long list. 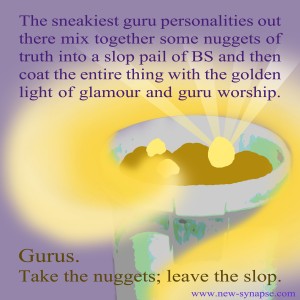 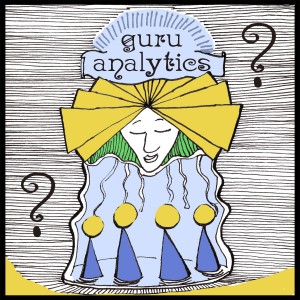 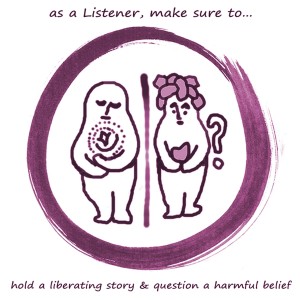