PrevPreviousWhy I’m Starting a Writing Practice to Heal from Grief and Trauma (Poetry: “What I Want My Words to Do”)
Next16 Ways Blaming Trauma Survivors Harms ThemNext 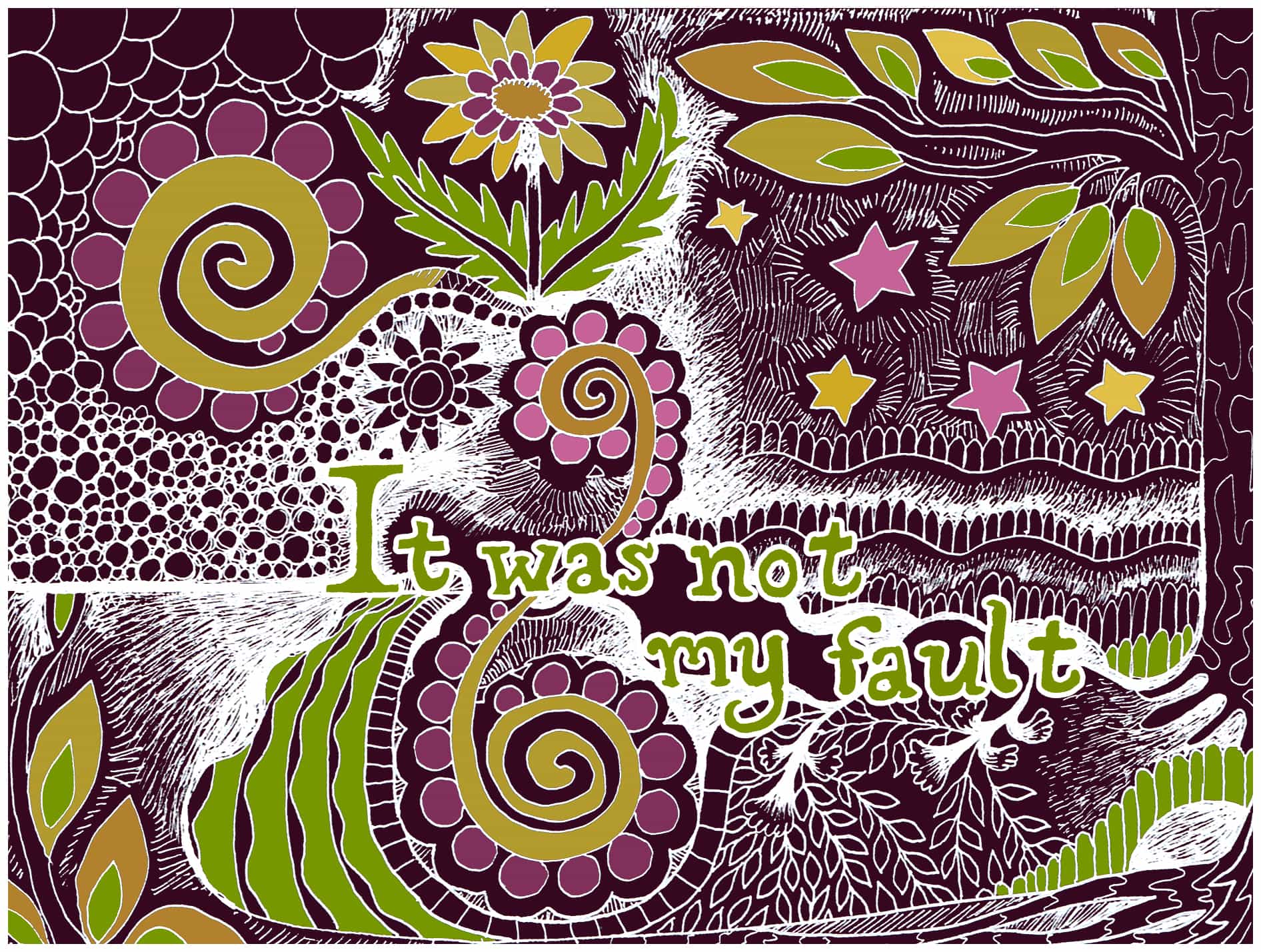 This is such a healing, repairing message for trauma survivors.

In our society, all too frequently the conversation around a traumatic event shifts to the victim’s character, choices, faults, etc. as if to imply that something done to them was their fault. This is almost always untrue and it is harmful, traumatizing, and stigmatizing. It leaves emotional scars on top of the deep scars left by the traumatic events. It makes healing more difficult. And the fear of being blamed prevents people from coming forward and telling their stories.

“So many clients come to a therapist thinking that they have caused their own suffering. Shame and guilt are overwhelming sexually abused victims. Many would rather be insulted in some fashion and remain under the cloud of depression before admitting that they were assaulted.” — What If the Buzz Says, “Don’t Be a Victim”?

I am going to give you an introduction to Self-Blame or Internalized Blame the Victim here in this article, then expand into more of a comprehensive analysis of the blame the victim mentality in the next 9 parts of the Blame the Victim Series.

This series of articles constitutes a healing course or healing program addressing internalized blame the victim mentality.  If you read through all of it, it should help to shift any residual unconscious and/or conscious self-blame you may have.

How Does Self-Blame Affect Us?

Self-blame has been studied and there have been some interesting findings. I will share some of them here. This research is ongoing so it may change as more information is discovered.

This means that – When you blame yourself for bad things that happen in life, you can feel bad about yourself, have low self-esteem, and have symptoms of depression and poor psychological adjustment.

“Psychosocial adjustment or adaptation refers to people’s capacity to adapt to the environment, which implies that the individual has sufficient mechanisms to feel good, integrate, respond adequately to the demands of the environment, and achieve his or her objectives” source

blame yourself for bad things that happen in life = feel bad about yourself, have low self-esteem, have symptoms of depression and poor psychological adjustment.

However, when we are talking about PTSD, when you blame yourself sometimes it’s helpful. Feeling in control and taking control of a situation can prevent PTSD symptoms from developing. Peter Levine tells a story of a boy who found a way out after a building collapsed around him and his friends. He took control and felt less PTSD symptoms. He probably did not blame himself for the building collapsing in the first place though.

“On the other hand, Janoff-Bulman and Wortman (1977) suggest that blaming oneself can positively affect adjustment, as was evidenced in their study of paralyzed accident victims. These authors hypothesized that perceptions of control were enhanced when victims blamed themselves for their accidents, as internal causes are perceived as controllable and therefore changeable.”

So, perhaps blaming oneself for everything – the cause of the harm as well as the cause of repairing the harm – and in this way enhancing a sense of control overall – can be good in specific circumstances.

blame yourself for bad things that happen in life = feel in control, have less PTSD symptoms, have good psychological adjustment.

This does seem contradictory, doesn’t it? Blaming yourself can make you depressed but also prevent PTSD? The reason is because there are two kinds of self-blame.

I did something wrong and it led to a bad outcome. I can always change what I do which will lead to a good outcome.

“Bennett, Compas, Beckjord, and Glinder Janoff-Bulman (1979, 1992) attempted to resolve these contradictory findings by distinguishing between two forms of self-blame. Behavioral self-blame is defined as blame that is directed at specific behaviors (e.g., “I did not eat the right foods.”) in which the person has engaged. Janoff-Bulman contended that when individuals attribute blame for a current stressor to past behaviors, and when they perceive those past behaviors to be modifiable, perceptions of control over future instances are enhanced. Enhancements in perceptions of control, in turn, positively affect psychological adjustment to the stressor. It is important to note that the beneficial effects of behavioral self-blame are not hypothesized to be immediate. Rather, it is proposed that an individual must incorporate this new information into his/her assumptive world, re-establishing and integrating these new data over time.”

I am a bad person, and this led to a bad outcome. This will just continue like this forever.

Control is the Key

In regards to PTSD, believing oneself to have been in control, having Behavioral Self-Blame, and feeling in control now and in the future, helps one heal from PTSD.  Characterological Self-Blame, on the other hand, adds depression and low self-esteem on top of the PTSD.

What is Internalized Blame the Victim?

Internalized Blame the Victim Mentality is a kind of Characterological Self-Blame. The feeling is of being a bad person.

4 Ways Internalized Self-Blame Harms and Why it is Crucial to Heal:

(I go over more harmful elements than this in the Blame the Victim Series. See 16 Ways Blaming Trauma Survivors Harms Them)

Ultimately, we can’t let something belonging to the perpetrator lower our self-esteem – it’s not even ours. It should lower their self-esteem. The idea of healing Internalized Blame the Victim Mentality is to not let something someone did to you lower your sense of self, self-esteem, self-respect. I think that healing this kind of Characterological Self-Blame is important for healing from trauma.

Ultimately, we can’t let something belonging to the perpetrator lower our self-esteem – it’s not even ours. It should lower their self-esteem.

The Blame the Victim 10 Part Series Table of Contents

Part 1 is this article – Healthy and Unhealthy Self-Blame – Intro to the Blame the Victim 10 Part Series (WAS: Why it’s So Crucial to Unburden Trauma Survivors of the Blame-the-Victim Mentality

Blame the Victim Part 4 – Trauma Symptoms Are Not Victims’ Fault